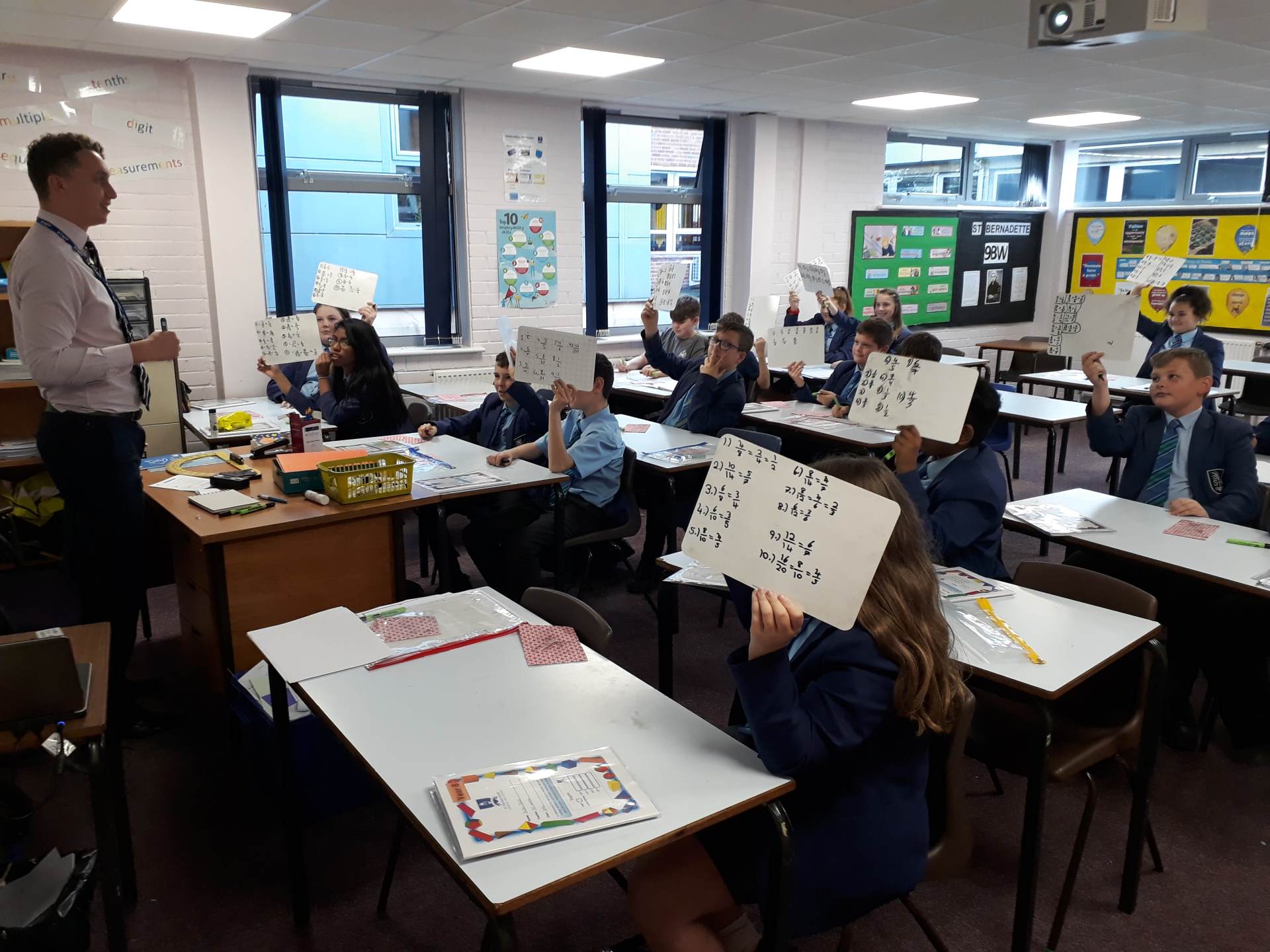 In the Mathematics Department we aim to:

This setting structure gives every pupil the chance to succeed at his or her own level, but we must ensure that our structure remains flexible and facilitates the movement of pupils to sets, most suitable to their changing needs. This demands that our assessment procedure is ongoing and thorough and that we know our pupils.

Key Stage 4 (GCSE)
At Key Stage 4, all pupils follow the Edexcel GCSE course: www.edexcel.com.
We follow the linear course (1MA1) and pupils are entered at the end of Year 11.
There are 3 written papers - the first is non-calculator; the second and third allow the use of a calculator. There is no course work.
On occasion, when a pupil really struggles with the content of the GCSE course, we enter them for the Number and Measure Award which is based on basic number problems. This is also Edexcel.
Revision Tips
Online Revision sources:
GCSE Bitesize
Corbett Maths
Contact
You can contact Mr Warman by e-mail here.