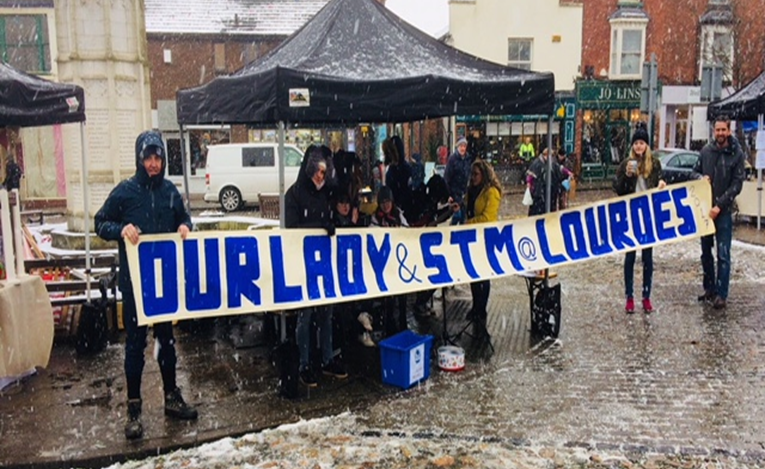 Music is a universal language that is understood all over the world.  The aim of music lessons is to engage and inspire pupils to develop a love of music.  They are also supported in developing their talents as musicians, and so increase their self-confidence, creativity and sense of achievement.  As pupils progress, they will learn to sing, play various instruments, compose, and listen with discrimination to a wide variety of musical styles.

As pupils deepen and extend their own musical interests and skills in Key Stage 3 music, they perform and compose music in different styles with increasing understanding of musical devices, processes and contextual influences.

Your child will work individually and in groups of different sizes and become increasingly aware of the different roles and contributions of each member of the group. They will actively explore specific genres, styles and traditions of music from different times and cultures with increasing ability to discriminate, think critically and make connections between different areas of knowledge.

By the end of KS3, your child should be able to show that they understand musical devices, how music reflects time and place and different musical processes.

In Year 7 pupils will be introduced to Film Music.  The lessons enhance students’ understanding and appreciation of film music, recognising the musical cues used and the way musical and visual elements work together across a range of film genres.

In Year 8 pupils will be introduced to Music in adverts. The lessons promote consideration of how and why adverts including music are effective, so students can make more informed choices when listening to and viewing adverts in future, through understanding the musical cues exploited within adverts.

Students will be introduced to performance, listening and appraisal, and composition within Conventions of Pop and Film Music. 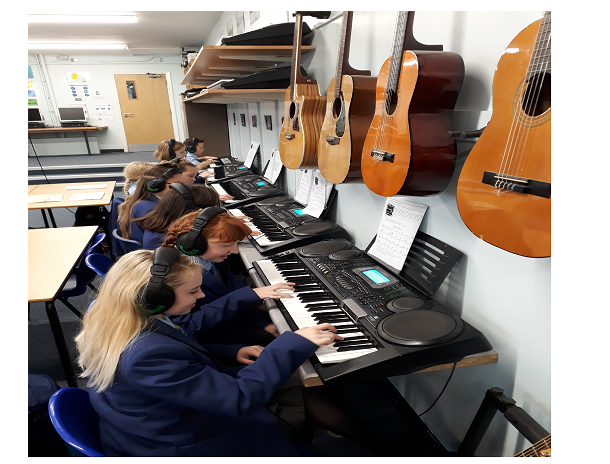 Learners should study their instrument, which can be any of the following:

Area of Study 2 - The Concerto Through Time

Learners should study The Concerto and its development from 1650 to 1910 through:

Area of Study 3 - Rhythms of the World

Learners should study the traditional rhythmic roots from four geographical regions of the world:

Learners should study a range of music used for films including:

Area of Study 5 - Conventions of Pop

Learners should study a range of popular music from the 1950s to the present day, focussing on:

Online Revision Resources
BBC Bitesize has specific sections for GCSE Music.
https://www.bbc.co.uk/bitesize/subjects/zpf3cdm
For help with general theory - http://www.musictheoryonline.co.uk/resources/abrsm/grade-1
To improve your knowledge of instruments - http://www.philharmonia.co.uk/explore/instruments
Contact
You can contact the Teacher of Music, Mrs Clelford here